Is Solar Power a Shining Promise?

The promise of solar energy has been around for decades, but we may be moving past the dawn of the solar age into the early morning hours. With the Obama administration’s desire to move to 20% of all electricity coming from renewable energy by 2020, solar energy is likely to play a key role. Steps are already being taken to make the permit process and the development of solar energy more efficient and less costly. A closer examination of solar energy trends reveals that top corporate users of solar power have deployed over 400MW at nearly 1,000 facilities in 30 states (source: Solar Energy Industries Association). 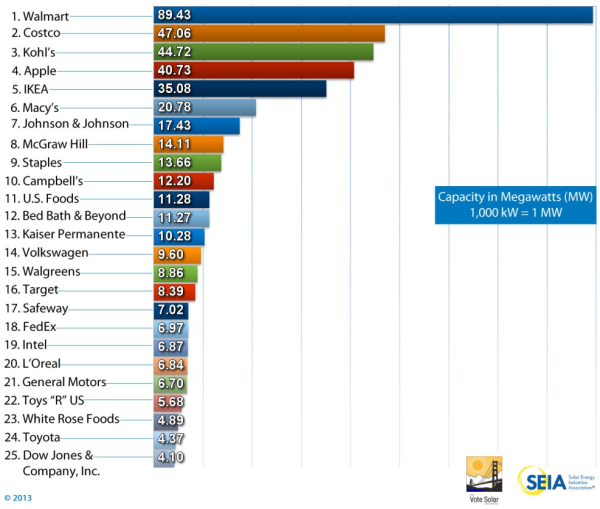 As the solar energy industry continues to grow, increased efficiency and technology breakthroughs are driving costs down. According to a study by Ernst & Young, commissioned by the Solar Trade Association that was published in 2011, solar panels would fall from $2/watt to $1/watt by the end of 2013. The price of solar energy panels has actually dropped to less than $0.50/watt as Chinese manufacturers continue to produce below cost as a result of government subsidies to producers and consumers. This decrease in costs and innovative financing models are making solar a more attractive option, although it is certainly boosted by regulatory subsidies.

To spur solar development, certain states, such as Massachusetts, require the incumbent utilities to source a certain percentage of their overall output from solar energy. To make up for a shortfall, these utilities must purchase solar renewable energy credits (SRECS) on an open market. While this regulatory boost has certainly encouraged solar development, it has led to a situation where the value of SRECS plummeted, cutting off the incentive for the continued development of the industry. It should be noted, however, that solar energy is carbon free and comes from a renewable energy source.

California will nearly double its wind and solar power generation over the next seven years to meet the state’s requirement to supply 33% of energy from renewables by 2020 (source: Reuters). 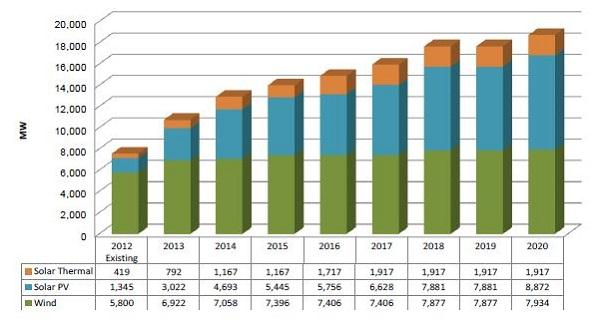 The dark side of the solar industry — reliability

The biggest challenge for solar, or almost any other renewable energy fuel source, such as wind, is the source’s inherent intermittent nature. Meaning that these installations cannot be relied on to provide power at times when it is most needed. For instance, in the Northeast, power demand increased in early December as two bitter blasts of arctic air put that area of the country in the deep freeze. With leaden gray skies and cold temperatures, solar panels provide little if any energy to either end-users who may have them installed on the roofs of their facilities or to the grid, which desperately needs power to keep up with increasing demand as colder temperatures cause power demand to spike.

The intermittent nature of solar power creates challenges for maintaining the reliability of the electric grid; a critical function necessary to ensure the reliable flow of electricity. Since solar panels cannot be relied on to produce energy in a predictable pattern, they do little to reduce the need to rely on more traditional power supply sources, such as coal, natural gas and nuclear plants. These fossil fuel fired plants tend to be more reliable and, therefore, are necessary to meet demand. In November 2013, The North American Electric Reliability Corporation and the California Independent System Operator Corporation issued a joint report: Marinating Bulk Power System Reliability While Integrating Variable Energy Resources. The report explains that integrating large quantities of variable energy resources (VERs), predominantly wind and photovoltaic (PV), into the bulk power system requires material changes to electricity system planning and operations to ensure reliability of the grid. As VERs become a larger part of a system’s resource mix (between 20-30%)  fundamental reliability services, such as frequency response, voltage control, transient stability, load-following and ramping capability, can be impacted if not properly managed. VERs have different characteristics and respond differently than fossil-fueled, large-scale hydro and nuclear resources on the grid because VERs are not synchronously connected to the grid. System operators have less knowledge and experience with VERs on a large scale, so an increase in wind and solar resources continues to challenge operators with the inherent swings, or ramps, in power output. As more VERs are added to the system, they will begin to displace traditional large base load generators more often.

Given the falling cost and value of subsidies that support the solar industry’s development and the negligible value that the industry provides in terms of grid reliability, why is the solar industry vibrant and growing? There are a couple of reasons.

Large industrial consumers can actually reap the benefits by installing solar panels on previously “wasted” space, such as rooftops of buildings and parking garages. Even though the solar energy itself may not be sufficient to power such a facility, it does reduce the reliance on the bulk power system and creates cost savings. Since these facilities tend to be occupied for extended periods of time, there is less of a need for short-term pay back as the value of the investment can be recouped over a longer period of time. Nevertheless, Independent System Operators will have to adapt and enhance operating criteria, forecasting, commitment, scheduling, dispatch and balancing practices, procedures and tools to assist operators in maintaining grid reliability.