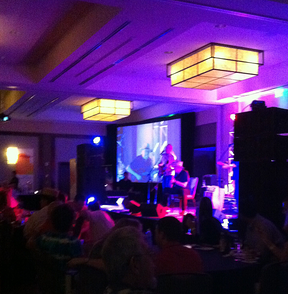 The party was in celebration of launching the Dynamic Load Optimizaion 365sm (DLO365) by Acclaim Energy Advisors powered by AT&T. It was great to see so many civic and business leaders dancing to the music and enjoying one another's company! I want to thank all of those who attended and made it such a special evening and a special thanks to AT&T and NTS for sponsoring the event.