Natural Gas Futures have been muted by the following factors due to Hurricane Isaac:

In short, there is enough supply of natural gas to offset the disruption from Isaac. The chart below shows the price action for the September 2012 contract that took place since 8/20/12. The market discounted the effect of Isaac on supply since Thursday 8/23/12, and a modest rally driven more by technical indicators has taken place since yesterday August 29, 2012. 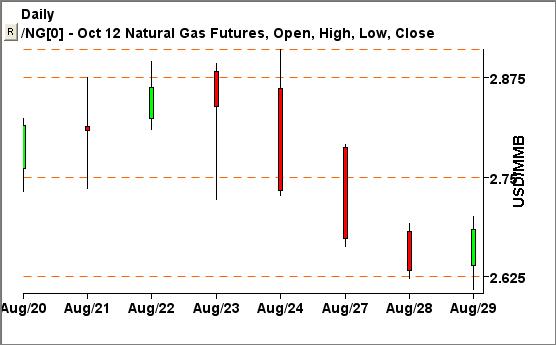