On August 21, Governor Rick Perry appointed Brandy Marty to the third seat on the Texas Public Utility Commission that was vacated for six months ago. Ms. Marty, who is an
attorney, has held several positions on Governor Perry’s staff, including chief of staff, deputy chief of staff, and director of Budget, Planning and Policy, among others. 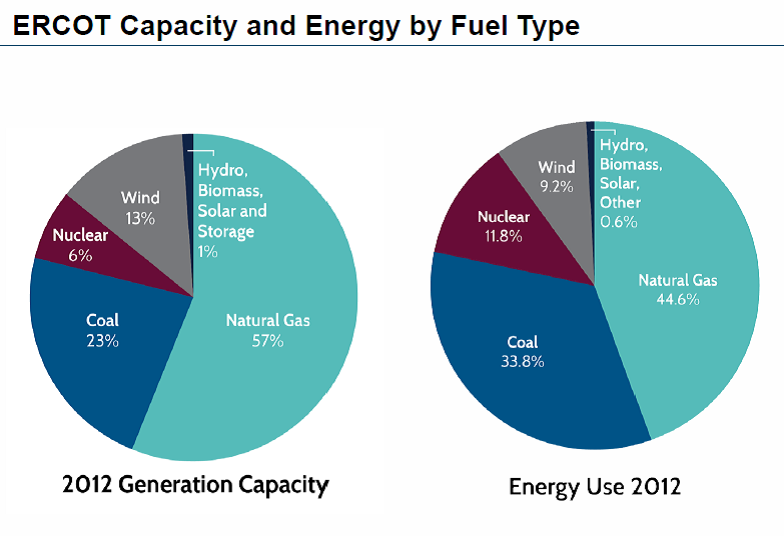 Shale gas exploration and production has been a boom to the energy sector.  Suddenly, the U.S. is awash in ample supplies of natural gas and oil.  The explosion in energy resources available from shale deposits in the continental U.S. has led the Energy Information Administration to opine that the U.S. could be completely energy self-sufficient in the next 20 years.  However, this unexpected expansion of oil and gas exploration and production has stressed the electric transmission systems, especially in areas of West Texas, where the available transmission capacity has not been able to keep up with demand.  Electricity usage in West Texas has risen more than 20% since 2009. Therefore, congestion costs increased dramatically. From 2011 to 2012, congestion charges increased ~390% on average. 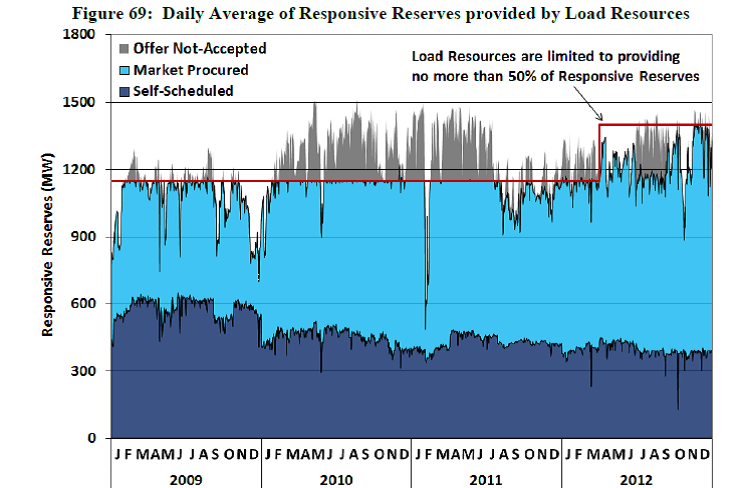 Every year, Potomac Economics, publishes Independent Market Monitoring (IMM) reports for multiple electricity wholesale markets. The annual reports provide a competitive assessment of such markets.  Over the past several years, the IMM has consistently found that the ERCOT markets are generally competitive and functioning well, although the IMM has always suggested market enhancements.  In the 2012 State of the Market Report, there was significant emphasis in discussing one of the largest challenges facing the ERCOT market—future resource adequacy.  While resource adequacy presents a challenge to ERCOT as the grid operator, it provides opportunities for end users to participate in Demand Response programs as part of a comprehensive risk management strategy.

According to the National Oceanic and Atmospheric Association (NOAA), summer 2013 will be above average in West Texas and in the Mid-Atlantic states.  The outlook both in terms of temperatures (left hand side) and projected rainfall (right hand side) is summarized in the following set of four maps, with the top maps being the outlook for June and the bottom ones the outlook for the entire summer (June-August).

ENERGY RELIABILITY: IF TXU's PARENT DECLARES BANKRUPTCY THEN WHAT? 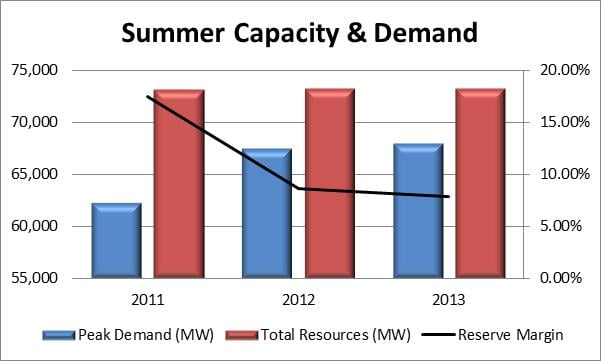 On March 1, Electric Reliability Council of Texas (ERCOT) issued its preliminary assessment of Resource Adequacy for summer 2013.  According to the published numbers reserve margins (excess capacity over projected peak demand) will be 8.4%, well below that of last summer.  The report suggested that it is very likely that ERCOT will need to declare Emergency Energy Alerts (EEAs).  Depending on which level of EEA is declared, ERCOT will take the following corresponding actions until supply and demand are brought back in to balance:

Will ERCOT Congestion Raise Costs in 2013?

According to a recent report issued by ERCOT, transmission constraints, which have caused significant congestion cost increases for end users in the West Zone(e.g. Midland, Odessa)  since March of 2012, are likely to spread to the Houston and South Zones (e.g. Brownsville, McAllen) of ERCOT in 2013.